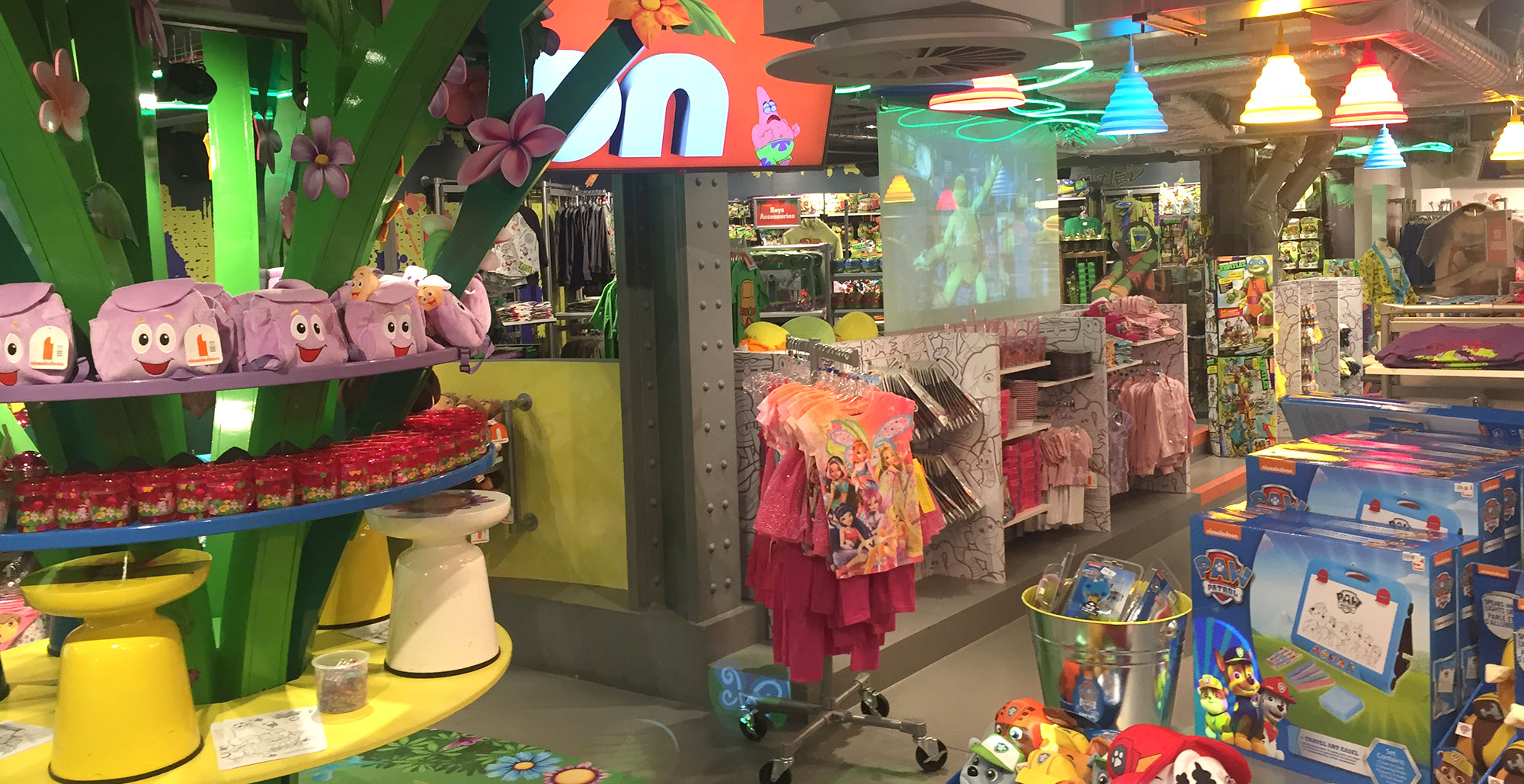 Launched in 1977 as Pinwheel, Nickelodeon is now owned by Viacom Media Networks and has become one of the world’s largest television networks.

This European flagship – the UK’s first – was the result of a new partnership between Nickelodeon Viacom Consumer Products and Entertainment Retail Enterprises. Owned and operated by Entertainment Retailer Limited (a subsidiary of Summit Retail International and a division of ERE), it marked the beginning of a store rollout plan that saw retail outlets introduced across five continents.

Positioned in the heart of one of the world’s prime retail and tourism destinations, Nickelodeon’s flagship store at One Leicester Square, London offered the perfect platform to showcase the global entertainment brand and its internationally recognised characters.

Appointed by SmartDesign Group, PAI was tasked with installing an array of AV, sound, lighting, multimedia and interactive elements throughout the multi-level space.

The integration of in-store AV and digital display technology needed to help create an immersive retail experience, which was both playful and surprising for kids and families, whilst offering a unique and personal touch point for fans around the world.

The store boasted more than 40 digital displays, a range of short throw and glass projection, touchscreen technology and audio equipment.

With a 116 sq. metre glass frontage, upon approach eyes were drawn to the striking landscape videowall behind the windows on the upper level. Made up of three separate but synchronised videowalls, comprising a total of 24 Samsung screens in 4×2 formation, it operated from store opening through to the early hours of the following morning.

Inside a further 21 screens were distributed; a 2×2 video wall above the staircase was surrounded by a large frame in Nickelodeon’s famous bright orange, while seven digital displays made up a vertical screen feature, which connected the two floors and saw vibrant content move up and down. Half a dozen 46” commercial monitors could be found on the first floor, with four 32” models at the POS areas.

Whilst ultra-short throw (UST) projectors broadcasted content across walls, other models projected bubbles, jellyfish and more across the floor. In the Teenage Mutant Ninja Turtles zone, glass projection was used to display footage of Leonardo, Raphael, Donatello and Michelangelo.

Elsewhere a kiosk in the shape of a pineapple – the underwater home of one of Nickelodeon’s most famous products, SpongeBob SquarePants – hosted eight iPads featuring a multitude of apps and games. Along with a CleverTouch S Series 55” touchscreen, plenty of interactive pause points were incorporated to keep customers of all ages amused.

Nickelodeon’s Leicester Square flagship was bursting with technology, including state-of-the-art digital display, multimedia and interactive elements. The various AV, sound, lighting and control solutions installed by PAI together created a compelling showcase for the Nickelodeon brand and its key properties.

Customer response was fantastic following the store’s opening. PAI subsequently provided ongoing maintenance and support as required, while our in-house media and IT teams managed regular content updates to the digital displays.

PAI can guide you through all you need to know about audio-visual, sound, lighting and control solutions for retail environments. 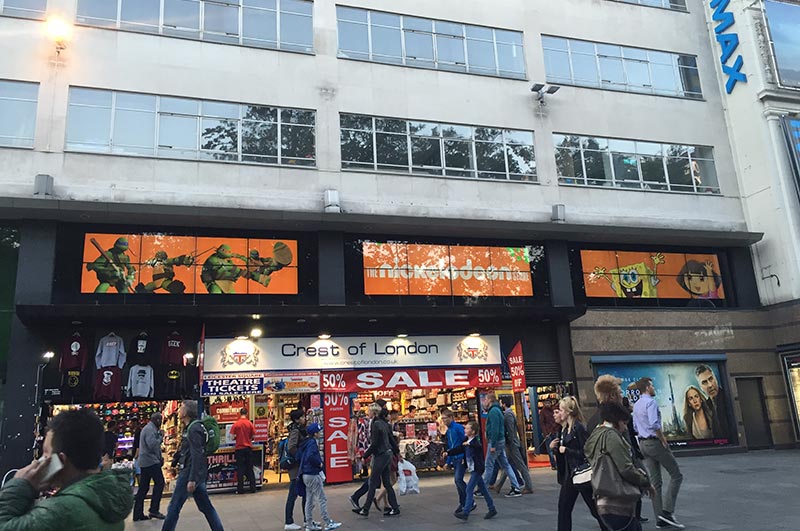 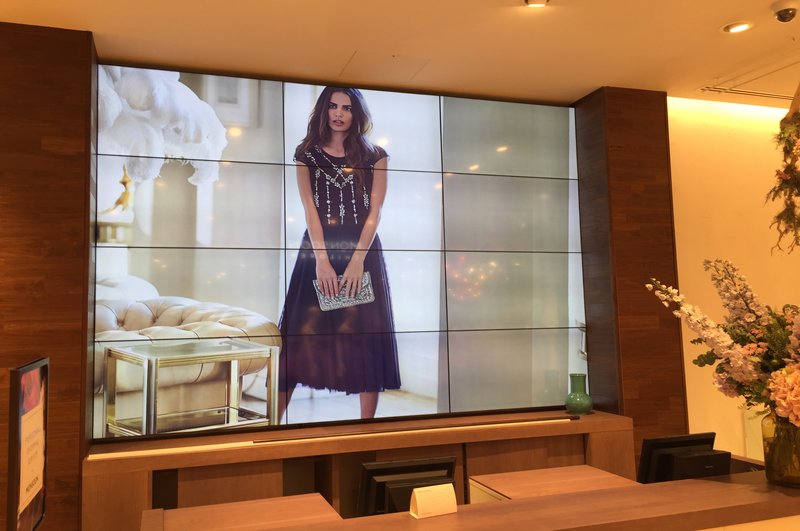 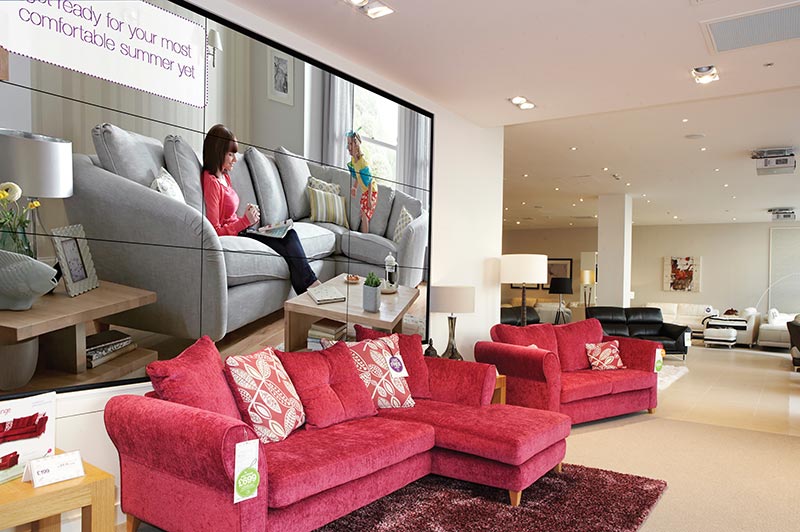